Reading the various internet forums about Vim and Neovim, I found an interesting question posed by a fairly new user of Vim. He was accustomed to other editors, which open up and show a full screen but page immediately. "I can see my line numbers, why don't they automatically go to 100 instead of just a few lines?" 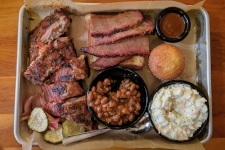 Delicious food.
Restaurants near you.
Delivered to your door.

I chuckled a little, as did a few others in the forum, reminding the newbie that the other lines don't exist until some content is entered. He persisted, seeming to want Vim to open a new file, and for the file to have a blank first line and a sequence of 99 more newlines. Instead of dropping interest in the issue, and moving on to other topics, I decided to stick around try to write a Vim function to create the file that newbie desired.

Consider first the desired outcome, then ponder a logical way to bring it about:

Here is a Vim function, which runs when vim is opened. It will have finished its work before the document renders on the user's screen.

Some other responses came in, there was some nice compact Vim code posted, which I used in an updated function:

Well it sort of works, but it is indiscriminate in adding those new lines. Whoah! It is actually pretty bad, altering everything! No, that function should not run automatically. Instead, it should be a function available at the user's discretion, called on command. Remove the line starting with "autocmd" and use :NP to manually execute the function

There is another solution, which seems to work better and is more flexible. Do the file creation in a bash script, then open it in Vim. Being more familiar with Bash, I knew ways to not only create the file, but also enter a timestamp and other date. Below, I will show a creation of that blank 100 line text file, then show a similar script which instead creates a blank form with a timestamp included.

Let us try something more complex. Enter a timestamp, add some questions for a user to fill in.

The above is just an example of what can be done by using a scripting language for creating documents and editing them in Vim. In addition to Bash, one could just as easily use Python, Go, Ruby, Java, or another language to build the document. For that matter, Vimscript could be used as well, implemented as a plugin. Dream it up and put it into code, friends. The sky is the limit.